It was Girl’s Night, the first of the new year. Most of us have made it back from our holiday travels, and we were reuniting at a friend’s house to meet her visiting mom, who could probably successfully pursue a career in standup right now. There was lots of laughter, animated stories, tabloid gossip, the Beyoncé discussion (which I’ll reference in another upcoming post), chicken and waffles, and of course wine. (Wine seems to be the standard ticket of entry for all Singaporean household functions. Maybe it’s more about the status shift rather than the location.) 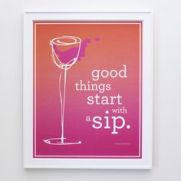 Whenever we get together, I temporarily forget where we are. It just feels normal and like home. It almost feels like college again, but without hotplates and with a much earlier bedtime. Being around the friends we’ve made here has been the greatest gift from moving, you know aside from the change in lifestyle.

My mom called. I hadn’t been able to reach her all week, so I was delighted and I excused myself for a moment. It was almost like I thought by answering, I was inviting her into the fellowship. We both love entertaining and being in good company. I answered blithely, but quickly became worried.

She’s been sick; just released from the hospital. Yet, she began the conversation with words of flattery for a new gift I just received from my husband. “It’s so beautiful! You deserve it. I’m so happy for you,” she remarked. You’d think she was speaking of something far more valuable than a material object, but my mom personally enjoys when all of her children are “rewarded” in some way.

She asked if I was busy, as though I’d ever say “yes” or be too busy to talk (once I’ve actually answered the phone), especially when there’s a 13-hour time difference. Whenever she asks this, whenever she overly expresses her consideration of my time or resources, I know she wants to share something important with me or she needs something, but doesn’t want to ask. I wish she knew by now that she could ask me for anything, except my child, and it’d be hers. She actually has asked for my child.

After convincing her that I could talk despite my location, she goes on to tell me how there was a quite a scare in her health and she has a condition that puzzles every physician she’s seen. There’s no known cure, but “there’s no Cancer!” For a Cancer survivor, the relief is always in the benign results regardless of any other diagnosis. I listen in silence and consternation because I don’t want my alarm and confusion about why I’m just being informed to interrupt her. I can already hear the reluctance in her voice to tell me, which she only felt obligated to do because she didn’t want me to hear the news from someone else. I thought of my father and siblings who were all instructed NOT to tell me anything. Though, my father did try by including me on a group text that was sent to my previous U.S. based phone number. God bless him for trying.

After hearing all the details, I was somewhat satisfied that she had access to all she needed to head towards some type of recovery. I spoke calmly and assured her that I could be there if she needed me. I would do whatever she needed me to do. I always had and would. Distance had not changed that. I reiterated how much I wanted to remain included in the important discussions back home. And then,with the gregarious cachinnation in the background, I realized in her efforts to protect me, she was really asserting that I was becoming too far removed. In her mind, I was in a world living a life they hadn’t even imagined, and there was nothing I could do from afar. Any request, even one that would be extremely beneficial to her and inconsequential to me, would not be worth the inconvenience she thought it would cause or the disruption to my seemingly completely carefree and lavish new life. It’s neither, but the display is always best from the window.

I was able to control the tremble of my voice on the phone, but began crying in solitude once we said our goodbyes. I couldn’t help thinking now of all the sacrifices that are made when people take leaps of faith to live outside the norm or outside of their home country. The distance it creates between you and your extended family, the milestones you miss, the family hardships where you can’t readily assist, the exclusion, the absence, the friends who find it too difficult to “keep in touch,” all come with the territory. There is no quick trip home. Packages and money take much longer to arrive when needed right away. Technology doesn’t connect in the way an arm’s embrace does. 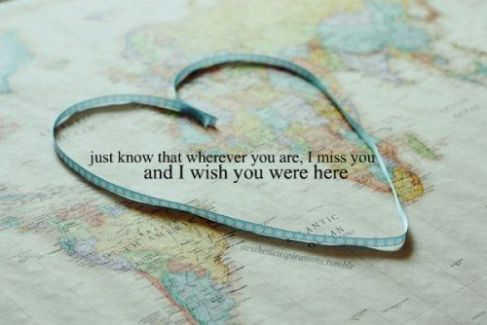 Awareness of this, makes me all the more appreciative of Girl’s Night and moments like them. We bond over our need to remain tangibly connected to someone. For temporary windows in time, we can just reflect on the greatness of the experience and recreate the type of events home afforded us without dwelling on what it lacks. I said a prayer, rejoined the gathering, picked up my glass ,and tried to forget again.

The thoughts and tales of black women, global citizens, and lovers of life despite its trials.